As Nairobi Governor Mike Sonko, and the Director of Public Prosecutions take on the grand Nairobi corruption battle in court, Kenyans have taken their war on the county head’s innocence to social media.

This is after Sonko’s supporters flooded Twitter, Tuesday, detailing all the good deeds that the governor has done, during his leadership term, appealing to President Uhuru Kenyatta to now save him from his imminent downfall.

According to netizens loyal to the flashy politician, Uhuru should intervene, not only because Sonko has positively impacted thousands of lives through his humanitarian projects, but also because the former senator was at the forefront of defending the President, during his most trying time, at the International Criminal Court (ICC) following accusations of being behind Kenya’s 2008 post-election violence.

Sonko’s supporters believe it is now time for Uhuru to pay the deed back.

This was on 8th October 2014 when by then Nairobi County Senator Hon. Mike Sonko led a team of Kenyans to Netherlands, the Hague in support of President Uhuru Kenyatta in ICC during his trial at the Hague. Time flies indeed. #MrPresidentSaveSonko

61 people are talking about this

Remember when uhuru kenyatta was being tried at ICC governor sonko stood with ruto, sang and uhuru himuselufu..
He even took 100 kenyans to hold peaceful demonstrations outside icc… Dear #MrPresidentSaveSonko

Governor Mike Mbuvi Sonko defending President Uhuru at ICC_Hague. Sonko is a loyal and he has been displaying a lot of respect to president Uhuru Kenyatta. #MrPresidentSaveSonko

#MrPresidentSaveSonko A friend in need is a friend in deed. The adage is supposed to elucidate the relationship of people with mutual help. If history can serve us well, Uhuru was crawling at his extreme end of life with nobody to utter a protective statement to him

76 people are talking about this

Others are of the opinion that a man as kind-hearted as Sonko, who through his Sonko Rescue Team has saved residents of Nairobi and beyond from disasters and poverty, does not belong anywhere near a prison.

If there’s a disaster in Nairobi we all know by all means Mike sonko is always the first on the scene before even govt machinery comes , we need our governor , I think there’s a more viable way to deal with such issues #MrPresidentSaveSonko

103 people are talking about this

84 people are talking about this

The former MP’s supporters also feel that Uhuru should make the government cut Sonko some slack since he is one of the few governors who are actually focused on working for the people, instead of engaging in 2022 politics.

We nairobians are not asking for much , just out governor , we all admit we need him more than ever , @MikeSonko is not even speaking about 2022 he’s focused on working for the people #MrPresidentSaveSonko

83 people are talking about this

See No Human is Limited’s other Tweets

Several citizens also sympathised with Sonko for the rough couple of days he has experienced, since his arrest on Friday.

I agree with RAILA. The way they ARRESTED Sonko was disrespectful. Kinoti’s and Haji’s BRAGGADOCIO harmful to a well meaning President! #MrPresidentSaveSonko

88 people are talking about this

Pole sana Governor sonko.
~From being arrested on a Friday, mishandled by police and being denied bail only to meet inmates in remand who are baying for his blood.#MrPresidentSaveSonko

49 people are talking about this

Factions of the opinion that Sonko should bear the brunt of his alleged corrupt practices, however, jumped onto the #MrPresidentSaveSonko trend, with the same amount of zeal, noting that the President already publicly stated that he is no longer accepting pleas for help, especially when it comes to corruption.

#MrPresidentSaveSonko
We support the president 100 percent for the fight against graft and corruption. This time authorities hawachezi. All other political leaders will now fear to misuse public funds because now they now hakuna kupiga simu for usaidizi. Hongera to his H.E 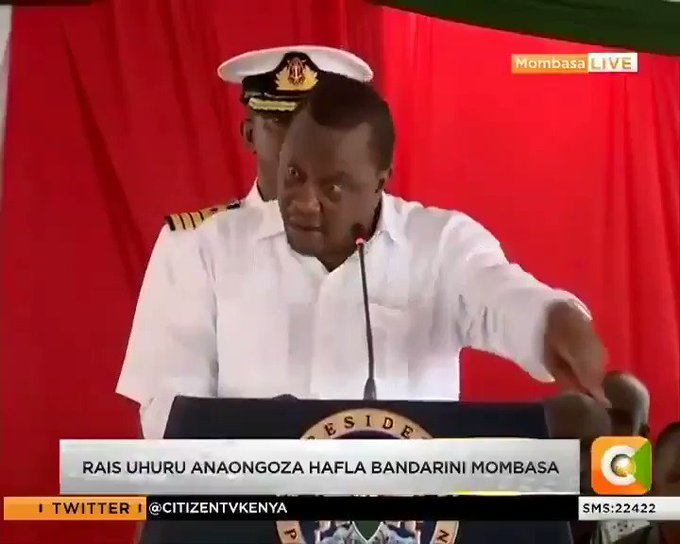 #MrPresidentSaveSonko is a ridiculous hashtag

Many Kenyans feel let down by the President and walking the walk on corruption would be a massive PR win for his govt. Imagine a competent governor finally running the Capital? Sonko back in Kamiti may save your legacy Mr President

If Sonko is corrupt,let him face the full force of the law.Paid bloggers who are tweeting #MrPresidentSaveSonko are the very same people who complain about corruption and how it has affected employment etc.Scoundrels and cannibals at best!

#MrPresidentSaveSonko is the most ignorant hash tag i have seen so far.
Kenyans want the President to fight corruption at the same time they want him to save Sonko. Save him from what? Who bewitched Kenyans?

We complain about corruption and when the corrupt are arrested and prosecuted we ask the president to save teem? #MrPresidentSaveSonko what a dump ass citizens we are.

Those Sonko sympathizers on #MrPresidentSaveSonko should know that the executive isn’t supposed to interfere on matters of the judiciary. Let Sonko carry his own cross

When President Uhuru said , “since the fight on corruption started I have lost many friends and I’m willing to lose more if that is what can cutoff corruption in this country , ” Losing friends for the sake of a nation, so it’s ironical to use this #-tag

Sonko is currently admitted at the Kenyatta National Hospital after he reportedly fell ill shortly after being taken to the Kamiti Maximum Security Prison for remand.

He is facing several charges, including corruption, which, according to the DPP, has robbed Nairobi County of over Ksh350 million.

Former Machachari actor Almasi now says he has a son with...

“I lost my virginity to a thief” Sabina Chege urges women...

Why it’s Not Over for Waititu, Kenyan Hero Fighting Coronavirus in...