Mourners at the burial of Charles Rubia, Nairobi’s first African Mayor were in shock after 31-year-old Josephine Nungui suspended peace and demanded to make a speech. Security was tightened as the heavily pregnant tried to make her way to the podium before she was carefully barred.

Josephine did not hesitate to spill the bins that she was an important part of the burial ceremony as the late’s seeds are growing inside her womb. “It is absurd that I can’t be allowed to speak like the rest. That man there made me pregnant and am carrying his twins to be delivered soon” an emotional Nungui shouted causing a commotion in the gathering.

It has not been established if her allegations are true but a report from detective Ombacho confirms that she has been rushed to a psychiatrist centre to determine her mental health before running a pregnancy test on her.

Rubia who is reknown for his prominent role in the fight for the re-introduction of multi-party democracy in early 1990’s was buried on Monday at his Karuigu-ini home near Kenol town, Murang’a County. 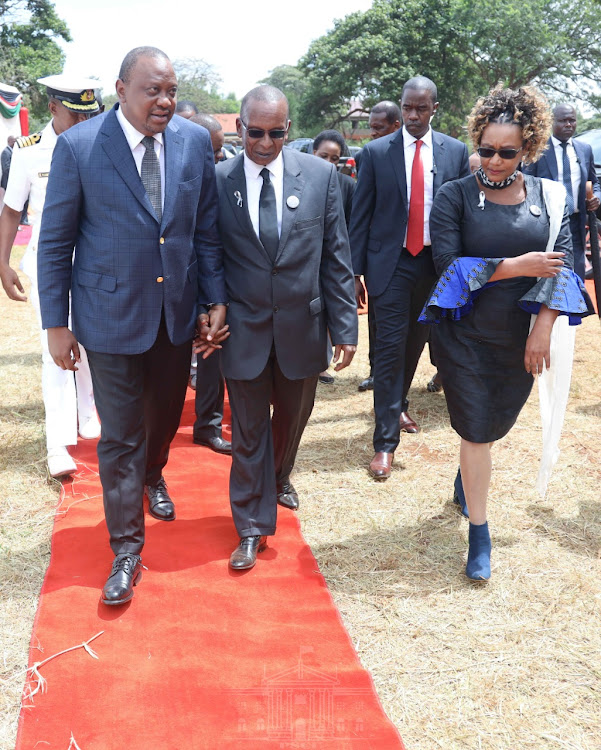 Hilarious Memes of #WWIII that Have Been Trending

Holding a fart during pregnancy can affect your unborn child’s brain-...

Sonko-They threatened to reveal my HIV status and made me sign...