Once sworn political enemies President Uhuru Kenyatta and Mombasa’s Governor Hassan Joho have surprised many after turning up for lunch together. They made an impromptu visit at Barka restaurant exciting the residents of Mombasa. 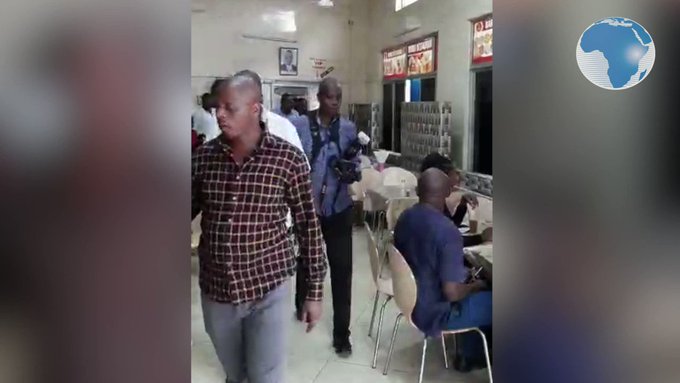 123 people are talking about this

This is not the first time Uhuru has visited the restaurant which is said to be one of the best restaurants in Mombasa city with a pocket friendly menu.

During one of Kenyatta’s visits that saw the restaurant grow fame, Fayaz Daya of Barka a cashier described the president as a very social and humble person.

“This is the third time the President is visiting our restaurant. He is a very social and humble person, and him visiting our joint is a great honour,” revealed Mr Daya awhile back.

Uhuru has been holed up in Mombasa for weeks where he has been reportedly summoning top government officials for secret meetings on varied dates.

According to a report by The Standard, some of the leaders that have met the head of state include Interior CS Fred Matiang’i, Director of Criminal Investigations George Kinoti and Director of Public Prosecutions Noordin Haji.

”I am pregnant for either Babu Owino or Jalango” 19 year...

State orders use of seized ethanol to make sanitisers