The DJ that was shot by Embakasi East MP Babu Owino inside a club under unclear circumstances has finally spoken on Friday evening putting to bed rumours that he had passed away.

In a video seen by Opera News, Felix Orinda alias DJ Evolve is seen struggling to talk to a friend who had visited him in Nairobi hospital where he was admitted after the incident.

According to reports confirmed by Opera News, Orinda is fine and he is quite lucky as no major organs were damaged and or affected by the bleeding.

“His brain is functioning well and his spinal cord is also in fine,” a source who sought anonymity intimated to Opera News.

He is, however, set to undergo surgery in the night due to blood clot.

In the video, Orinda speaking to a long term friend who he was not in close touch with for a while says, ” it’s so good to see you, I am pushing…”

Following the incident Opera News has established that the whole B Club security where the DJ was shot has been fired because of the lapse.

In response to the incident, the MP said he had been receiving threats, prompting him to speak about it in public and report the same to the police.

“I have been receiving threats against my life and even reported an attempted assassination at the Parliament Police Station under OB number OB21/17/11/2019. I have been living under the weight of intimidation and threats,” he said.

He claimed the gun drama at B Club was the culmination of efforts by his enemies to finish him.

Allegations that the MP will find difficult to prove after a video was released depicting otherwise.

WATCH: CCTV footage of man believed to be Babu Owino shooting DJ at Nairobi’s B-Club, then dragging victim on the floor, taking him outside the nightclub. VIDEO | LENOX SENGRE 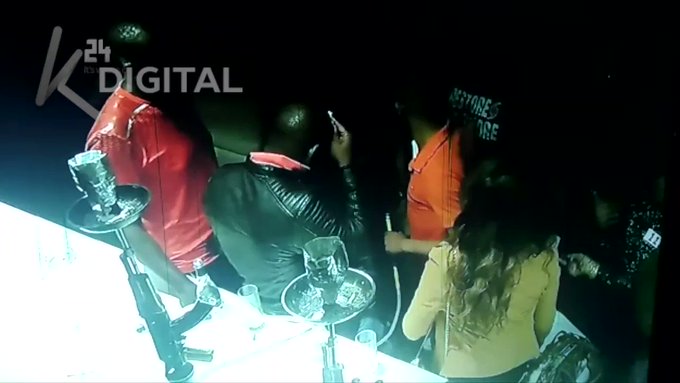 “Mzee Moi’s Death Has No Effect To Our Men’s Conference ”...

Uhuru should not put this nation at risk just because some...

“I have run out of sperms” Babu Owino urges government to...