Raila posted photos of him and Mama Ida in the kitchen preparing fresh fish which was to be used for supper.

The photos show the two busy removing scales on the fresh fish, an exercise Raila claims to be an expert in.

He captioned the photos that Ida thought she was teaching him but in real sense, he was the one teaching her.

“Ida thinks she was teaching me but really I was teaching her. Happy Sunday from the Odinga’s!” Raila captioned the photo. 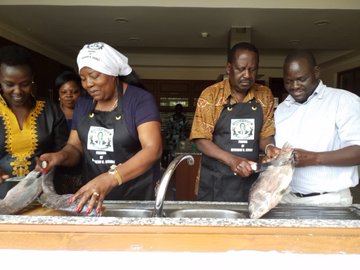 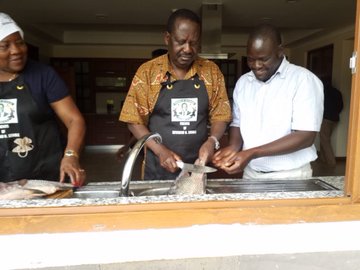 459 people are talking about this

Kenyans on Twitter were mesmerized with Raila’s actions, with some expressing their surprise to realize that Raila can cook fish. 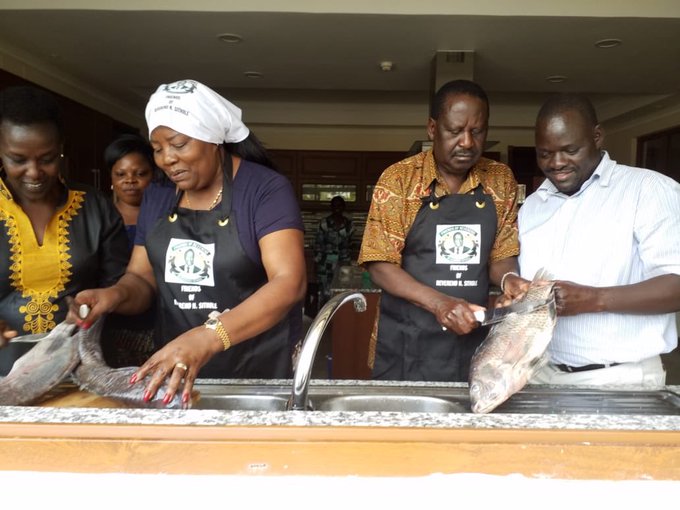 Some argued that they wanted to see the end products so that they can award him marks accordingly.

Nice one baba but I didn’t see fish in bbi. Anyway we want to see the finished product so that we can give you marks on your cooking skills.

Some told Raila that Kenya is such another big dirty fish that he should grab and scratch it clean.

Baba, Kenya is another big, dirty fish you should grab and scratch clean. We’re behind you baba.

This is not the first time the African Union envoy is showing Kenyans his kitchen prowess.

Towards the end of last year, his daughter winnie Odinga shared a video of Raila preparing a German breakfast for his family.

The video posted by Winnie showed the former Prime Minister busy in the kitchen preparing the German breakfast.

Raila appeared sure of what he was doing and was willing to explain the cooking.

“Sometime ago dad hopped on the stove and whipped together a German breakfast! Delicious! Happy holidays!” Winnie captioned the video.

Sometime ago dad hopped on the stove and whipped together a German breakfast! Delicious! Happy holidays! 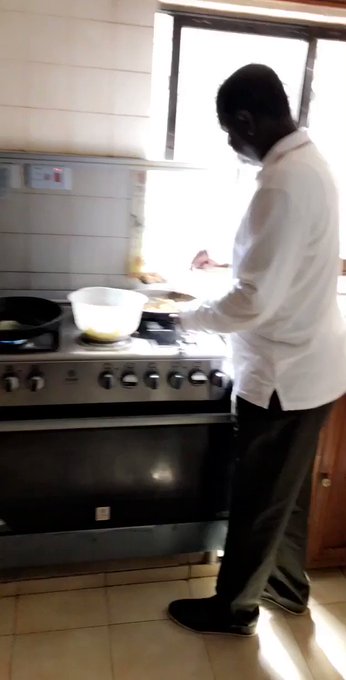 TSC Withdraws All Teachers From School After Parents Burnt Teacher To...

Is Atwoli Financing His ‘Unknown Child’ or Heir Apparent?

Security Tightened At Statehouse As Drunk Kenyatta Demands For A Press...

‘I am the only one who knows who the father of...