The ODM Party left Kenyans in a pit of confusion on Thursday, after celebrating the second anniversary of the treasonous swearing-in of its leader, Raila Odinga, as the people’s president, after the 2017 General Election.

In a post on its social media accounts, the political unit heaped praise in the opposition leader, acknowledging his courage to register numerous political ‘firsts’.

”The first man in Kenya who dared to resign from parliament & reclaimed his seat in the subsequent by-election on another party. This man Raila Amolo Odinga,” ODM tweeted.

”Today we mark the 2nd Anniversary since his swearing-in as the People’s President. Long live Baba,” it added. 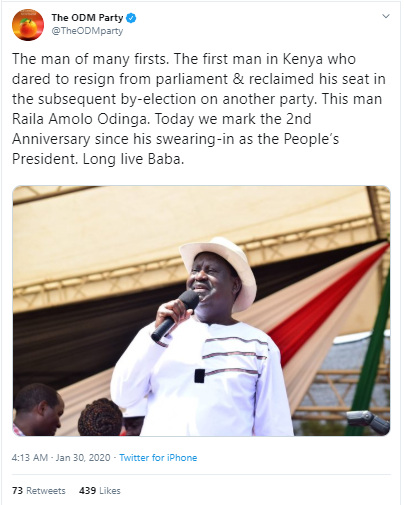 The statement perplexed a majority of Kenyans, who had so far, been convinced that the fierce politician had left his days of defiance behind, after his March 2018 unity handshake, with President Uhuru Kenyatta.

Raila was sworn in as the ‘people’s president’ in January 2018, after the National Super Alliance (NASA) declined to concede defeat to Uhuru’s Jubilee Party, in the two presidential polls held in August and October 2018.

But in an interview on NTV on Sunday, the ODM leader asserted that he renounced the oath administered to him, by deported lawyer Miguna Miguna, once he joined forces with the President, two months later.

Raila says when he shook hands with President Uhuru, he denounced the oath he had took as the ‘People’s president’. ~ Raila #RailaSpeaks @Warungu 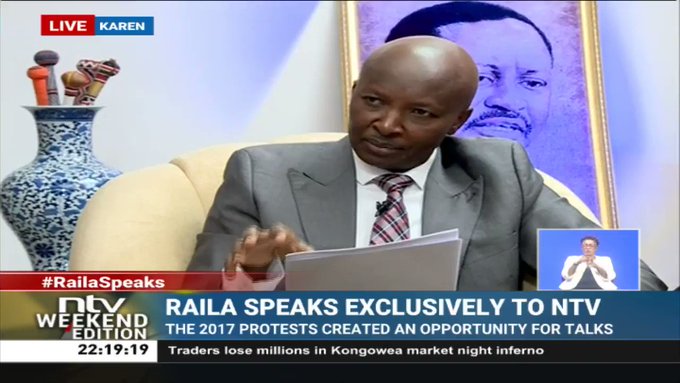 30 people are talking about this

ODM spokesperson Phillip Etale also recognized Raila as the People’s President in a Thursday post, leaving Kenyans wondering whether there was more, to Raila’s shocking change of heart which led to the Handshake, than meets the eye.

”Today two years ago, the People’s President was sworn-in before hundreds of thousands of people at the historic Uhuru Park grounds,” Etale tweeted. 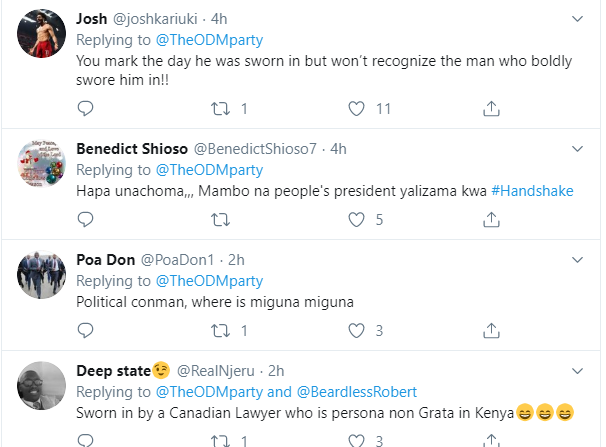 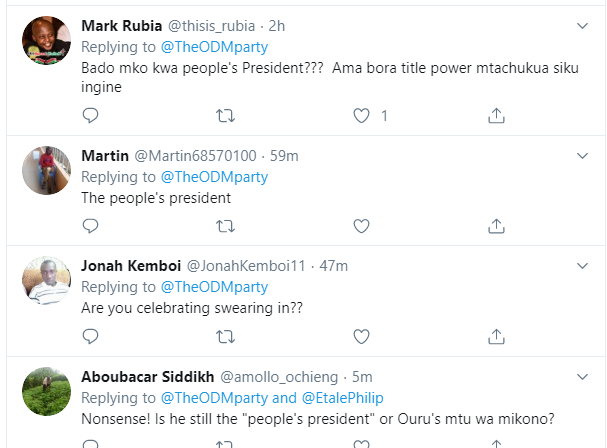 How China “played” the World with Corona Virus

How Moi Frustrated Raila Hours to Oginga’s Burial in Bondo

Governor Joho, Billionaire Buzeki among the beneficiaries of 900 acre controversially...

” Prophet Owour is a witch not man of God.”-Owour’s driver...